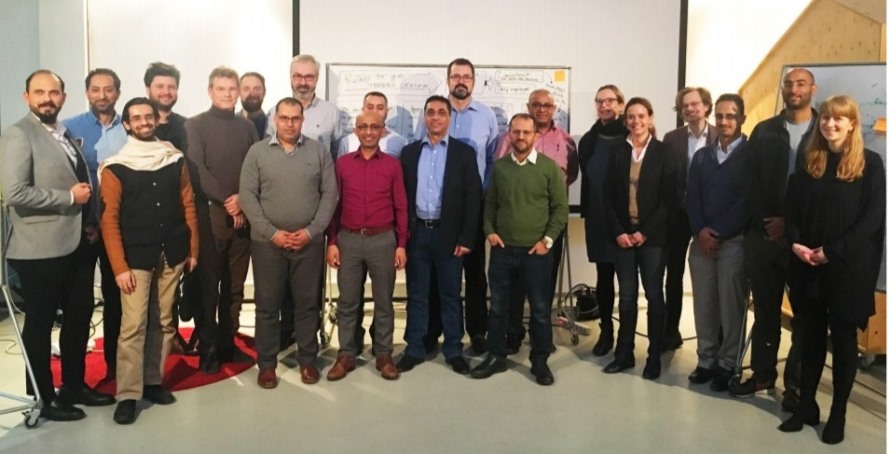 After DTM-2018, the DJIV got in touch with GIZ and a Skype meeting with GIZ project manager Dr. Volker Haman for solar energy and microfinance as well as Mr. Czikl as an expert for GIZ’s planning processes. GIZ is currently in the process of identifying projects in these two Neeschen for Yemen in accordance with the Federal Ministry for Economic Cooperation and Development (BMZ) requirement. GIZ sees the DJIV as a potential cooperation partner, since the DJIV has highly qualified members and external specialist advisors in the field of solar energy and information and communication technology (ICT). The DJIV recently submitted two project proposals for solar energy and ICT according to the GIZ request. These were discussed internally at GIZ and found positive acceptance and response.

For this reason, GIZ organized a workshop with the DJIV authors of the two projects and other DJIV experts together with the board in Berlin from 01.02. until 02.02.2019. A total of 24 participants took part in the workshop from the DJIV, GIZ and BMZ side.