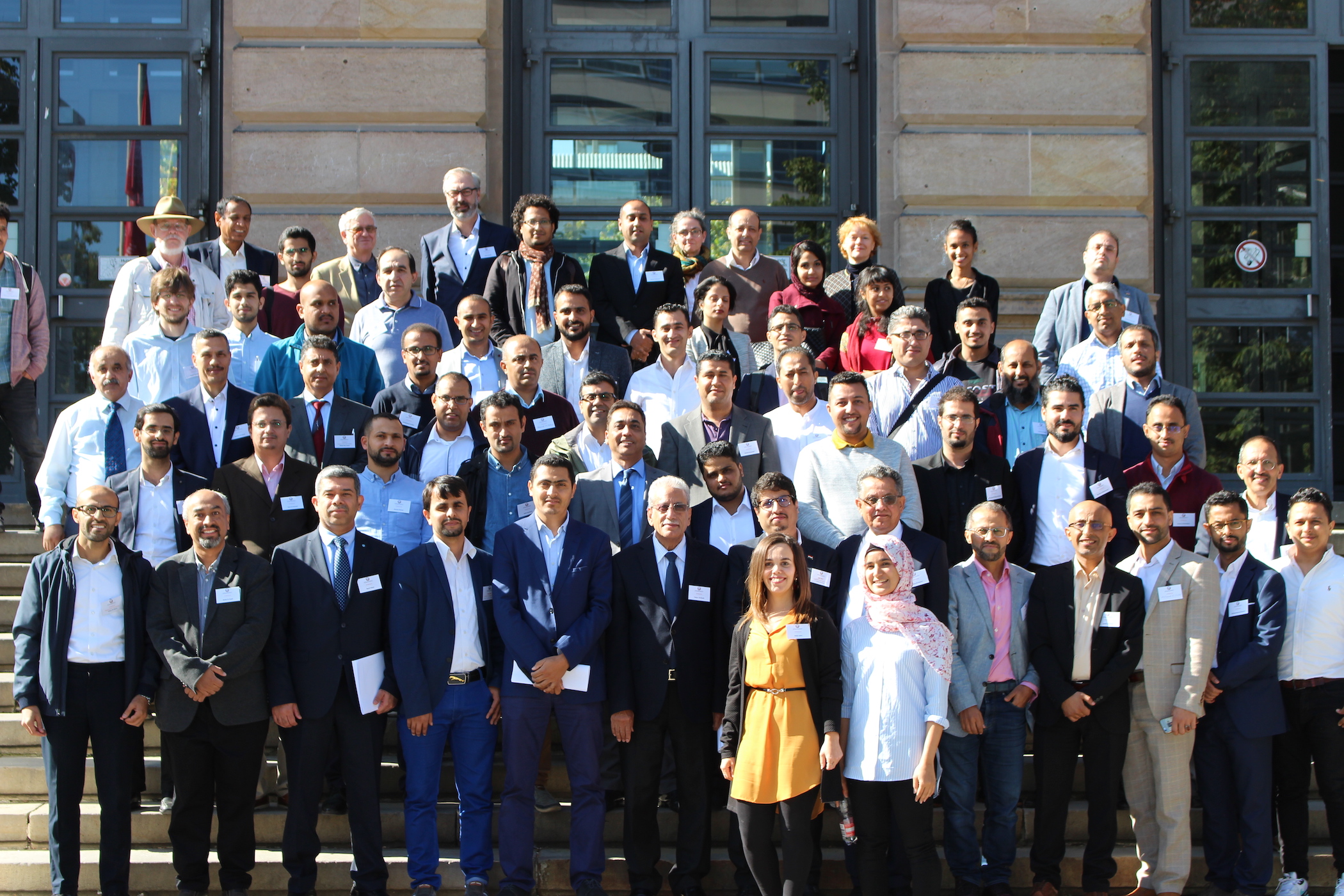 As part of the goals of the German-Yemeni Engineers Association (DJIV), to build technical and knowledge bridges between Yemeni engineers and scientists in the Yemeni and German institutions, the DJIV organized the third annual conference on Saturday, September 21, 2019 (DTM2019) at the Technical University Braunschweig in Braunschweig. The motto of the meeting was to promote the exchange of experience and ideas and to discuss opportunities and development challenges in Yemen in the areas of energy and digital transformation.

Dr. Khaled Rashed, the chair of the DTM2019 Organizing Committee, started the meeting with a welcoming speech in which the guests were welcomed by speakers and club members from various German cities as well as from European countries (Austria, the Netherlands and Sweden). In his speech, he also briefly indicated the goals of the previous DTM2018 conference and the successes achieved so far, as well as the vision of this year’s DTM.

The chairman of the DJIV, Dr. Samih Al-Areqi, gave a brief overview of the Association and its vision and mission. He also indicated the success of the DJIV in developing an IT club infrastructure and building relationships with German organizations, experts and specialist advisors. The association is currently working with them on future projects in Yemen and Germany.

The DTM2019 program included numerous lectures and discussions, which were spread over several sessions focusing on energy, digitization and digital transformation.

Session 1: Energy sources and their uses

During this session, Prof. Dr. Reinhard Leithner, professor of energy at the Technical University of Braunschweig, gave a lecture entitled “Modern Energy Supply”, in which he described a number of modern methods for generating renewable energy. He also explained the opportunities in Yemen and the difficulties Yemen could face in the context of power generation projects.

This lecture was followed by a second lecture by Dr. Dawud Ansari, an alternative energy expert entitled “Opportunities, Challenges and Lessons of the Solar Energy Revolution in Yemen”.

This session was Walid Al-Saqaf, a lecturer in journalism and media technology at Södertörn University in Sweden, opened with a lecture that focused on how blockchain technology helps Yemen process or even discover misleading information.

At the end of the second session, Hamied Al-Iriani, an engineer in a company (Inone Company Ltd. / IQ Network), gave a presentation on “Information technology and chaos in Yemen”. He explained the strategic engineering project to provide strategic solutions for numbering buildings in Yemeni cities beyond the traditional method used in most countries around the world and without the need for modern technology to achieve this goal.

Prof. Dr. Hussain Al-Towaie, visiting professor at the Technical University of Darmstadt, opened the session with a lecture entitled “Overview of water and energy crises in Yemen”.

The second lecture was given by Dr. Volker Hamann, director of the Yemeni youth development program of the German Organization for International Cooperation (GIZ). He presented the successful meetings, workshops and previous collaboration between GIZ and DJIV. In addition, in his speech he presented the possibilities for the implementation of future projects in Yemen in cooperation with the DJIV.

Then Dr. Abdulsalam Alhadidi, head of research projects in the High Functional Materials Laboratory at Fujifilm Manufacturing Europe, gave a lecture on the topic “Off-Grid Desalination System for Development Areas”. He spoke about the European Union-funded research project “REvivED Water”, in which he presented the technology used and the first experimental results in low-cost desalination in developing countries. He also explained the experience gained during the preparation and implementation of field tests and the possibility of carrying out tests under real conditions in Asia and Africa.

The session started with a guest lecture by Ms. Doris Pfeffermann, head of the higher education and public relations department of the Federal Association of the Gypsum Industry in Berlin, entitled “Social opportunities and consequences of the digital