The General Assembly of the German-Yemeni Engineers Association 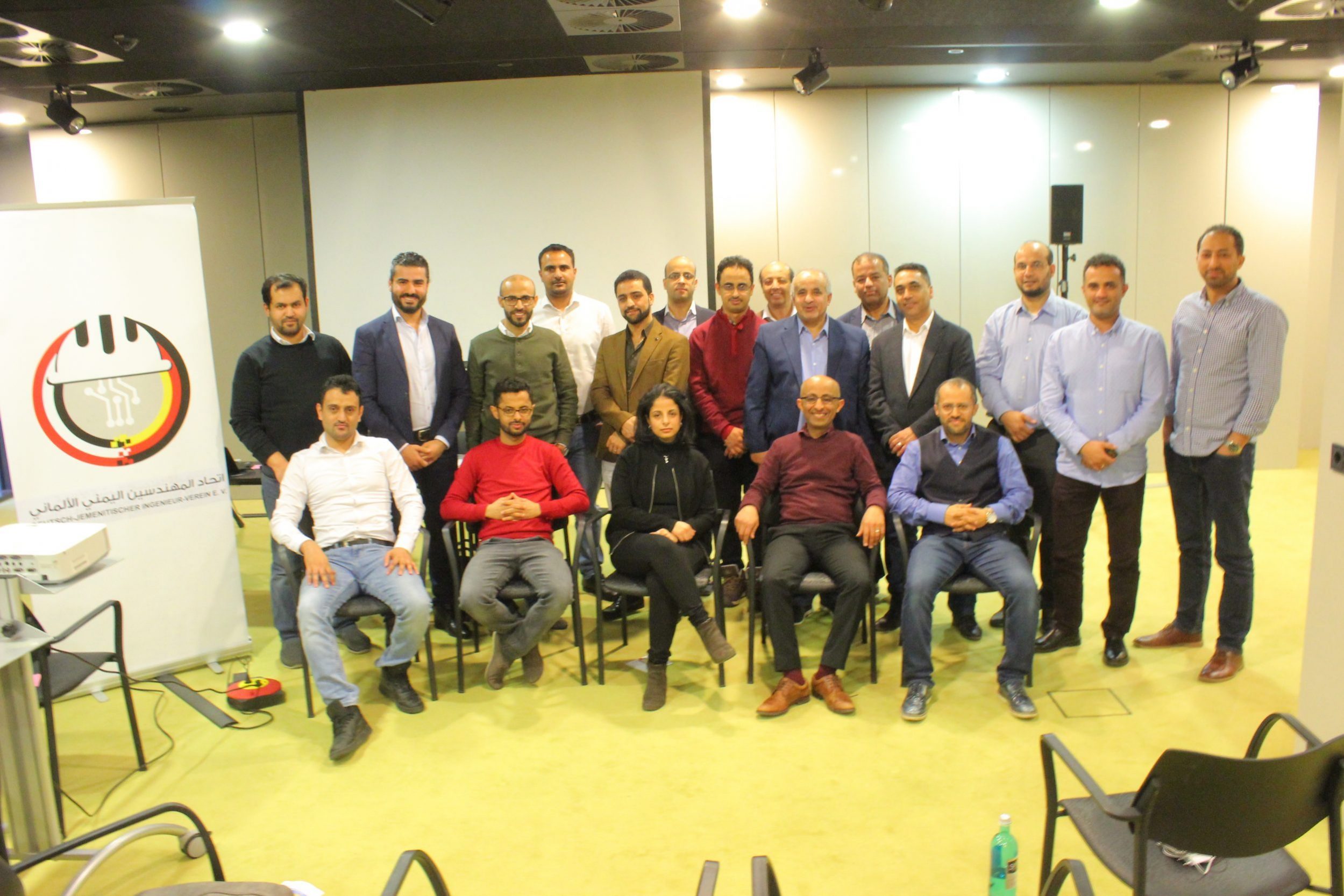 The Chairman, Dr. Samih Al-Areqi, opened the general assembly at 11:45 am and welcomed the members. The chairman determined the quorum of the general assembly. It was found that the assembly was not quorate due to the lower number of members.
The Chairman presented the agenda according to the invitation:
1. Status of the DJIV planning 2018/2019
2. Financial report 2018/2019
3. DTM 2018 and 2019 (DJIV Technical Meeting)
4. Proposed amendments to the DJIV statutes
5. Status of the project ideas
Status of the DJIV planning 2018/2019
The board reported on the current status of the club plan. The following points were discussed:
• Marketing activities and feedback via DJIV brochure and website.
• Promotion of interdisciplinary cooperation with various associations or companies.
• 28 new members were won between 03.2018 and 03.2019.
• The new IT architecture components: new website theme, central database, OpenProject, OSTicket, Keycloack, etc.
• Project identification and preparation: current status of the projects, which will be identified in 2019 and presented in DTM2018.
• Development of the quality management system (QMS): short and long-term goals of the QMS and the DJIV process landscape were presented.
• Proposal for three business models for the association.
• Programs for the integration of university students and schoolchildren in the association’s activities
o Through an event for IT students at the TU Berlin.
o Awarding a thesis and supporting a student project at Sana’a University.
• Development phase II of the DJIV website: the current status was briefly presented.